Xi calls for more help in Africa's struggle with virus 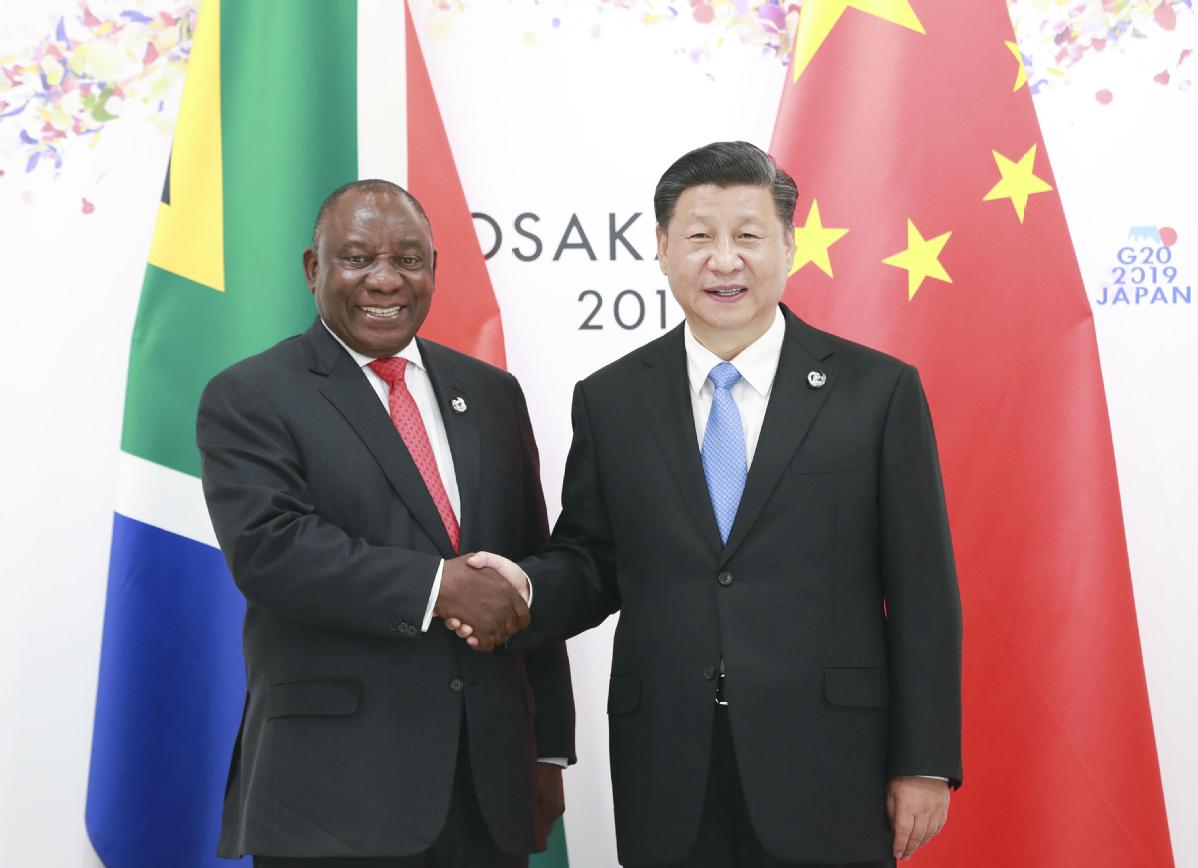 China called on the international community to increase support to Africa to boost the continent's fight against the novel coronavirus, President Xi Jinping said on Friday.

Xi made the remark in a phone conversation with South African President Cyril Ramaphosa in the evening.

Noting that the spread of the disease is speeding up in Africa, Xi said that the South African government has taken many measures and made progress in disease prevention and control.

Xi said that China will continue to offer help within its capacity to South Africa and enhance health cooperation with the country.

China would like to maintain regular communications with South Africa and enhance coordination on multilateral platforms including BRICS, the G20 and the United Nations, Xi said, adding that the two countries should join hands to support the interests of developing nations.

Calling African countries good friends, partners and brothers, Xi said China understands the great pressure that African countries are facing in fighting the disease and dealing with the economic slowdown at the same time.

China has offered a great number of materials for the African Union and African countries to fight the disease, dispatched medical teams to Africa and initiated technological exchanges without any reservation, Xi said.

China called on the international community to increase support for Africa's efforts to fight the disease and participate in the G20's proposal of postponing debts to be paid by African countries, Xi said.

Ramaphosa said that South Africa supports China's stance on issues related to the core interests of China, including the Taiwan question.

South Africa would like to enhance cooperation with China and safeguard the interests of both nations, he said.

In another phone call with Hungarian Prime Minister Viktor Orban on Friday evening, Xi said that China firmly supports the Hungarian people's efforts to fight the disease and will continue to offer help for the country.

China would like to make joint efforts with all countries including Hungary to battle the disease, enhance macro policy coordination and face the challenges brought by the virus to the global economy, Xi said.

The two countries should enhance cooperation in traditional areas such as economics, trade and investment and expand cooperation in new areas including the digital economy and artificial intelligence, Xi said.

Orban offered his congratulations on China's progress in disease prevention and control, saying that the Hungarian people will not forget the help that China has offered to the country's battle against the novel coronavirus.

Hungary would like to enhance cooperation with China in such areas as economics, trade and finance and it will continue to support and participate in Central and Eastern European Countries-China cooperation, he said.