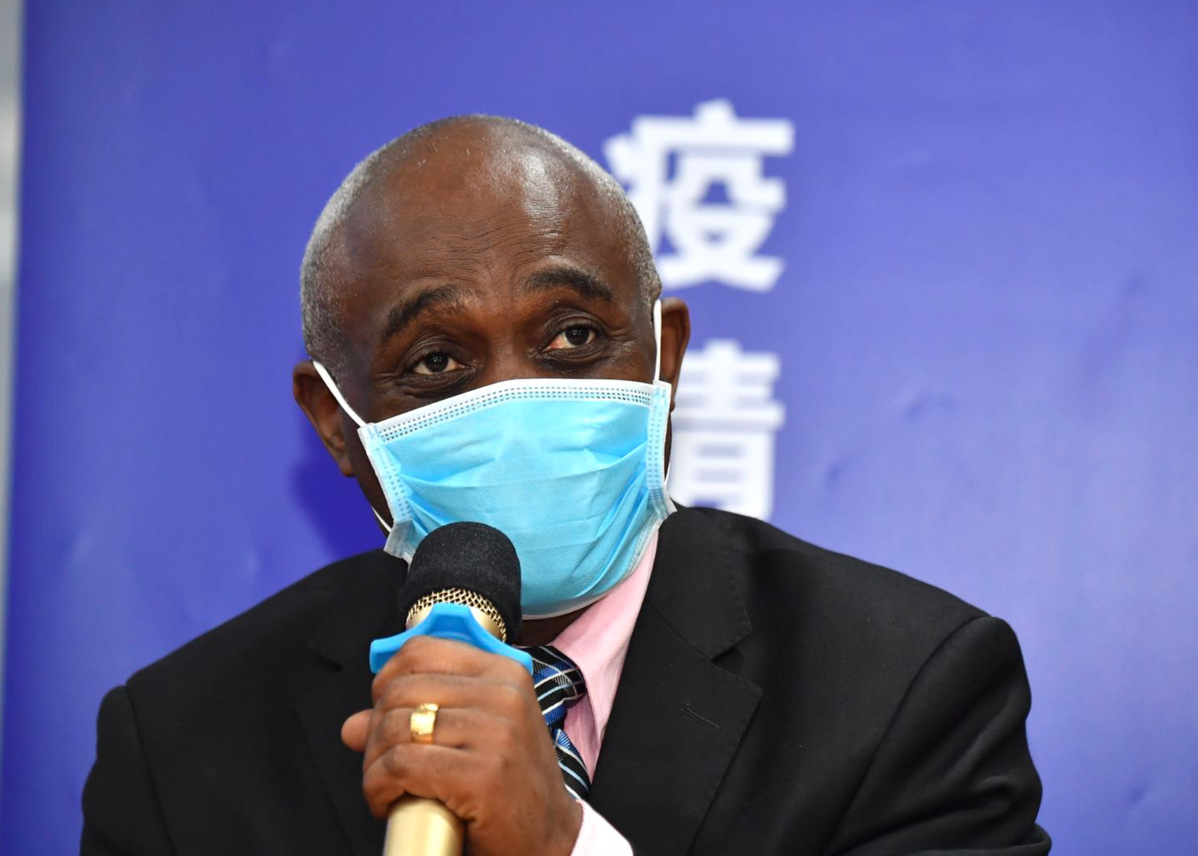 Editor's note:In this series, we share stories and experiences showing how expats are dealing with the novel coronavirus pneumonia outbreak.

John Vedasto Rwehumbiza, a Tanzanian businessman living in Guangzhou, tried not to leave his apartment at the end of January, along with his family members.

"At a time when the novel coronavirus was spreading in China, we could only visit supermarkets within our estate, sometimes, to buy daily necessities," he said.

Rwehumbiza, who arrived in China in 1987 for studies, now lives with his wife and three children in Guangzhou, Guangdong province.

"I told my African friends that it was very important to stay at home－trying to do as the local people did and receive nucleic acid tests," he said.

Since early April, Guangzhou has carried out mass screening among those coming from high-risk regions and countries, following an increased number of confirmed imported cases reported in the city.

As of April 13, a total of 111 Africans in the city have tested positive for the virus, with 19 showing symptoms, according to the local health authorities.

Rwehumbiza was also under medical observation for 14 days, after being tested.

"We need to strengthen communication to avoid misunder－standing. The virus is our common enemy," he said.

The people of China and Africa share the same values－for example, they are both hospitable, Rwehumbiza said.

In his more than 30 years in China, Rwehumbiza has liked telling stories about Africa to his Chinese friends.

After finishing undergraduate studies in Africa in 1987, he had three options for further studying overseas－in China, Britain and the United States.

"China's fast development following its reform and opening-up policy since the late 1970s impressed me a lot. So I chose China as my first stop for overseas studies," he said.

After a period of time working in Shanghai in the 1990s, Rwehumbiza returned to Africa, helping Chinese companies do business with their African counterparts. Some years later, he came back to Guangzhou, exporting construction materials from China to Africa.

In 2013, Rwehumbiza started to import agricultural products from Africa to China. In cooperation with a Chinese company, his company produces dried cassava chips and starch in Africa and exports it to China.

Affected by the COVID-19 pandemic, Rwehumbiza's business has declined significantly in the past two months. "But I believed that the business would rebound after the pandemic," he said.

Citing the construction of the Tanzania-Zambia Railway in the 1970s, a monumental project that signified China's support for African countries, Liu Jisen, executive president of the Institute for African Studies under the Guangdong University of Foreign Studies, said China has a long-term friendship with Africa.

"The COVID-19 pandemic will not cut off our friendship. In addition to supports in infrastructure development, China will also join hands with African people to fight against the disease," Liu said, noting the Chinese medical workers sent to Africa and the supplies donated by Chinese companies.