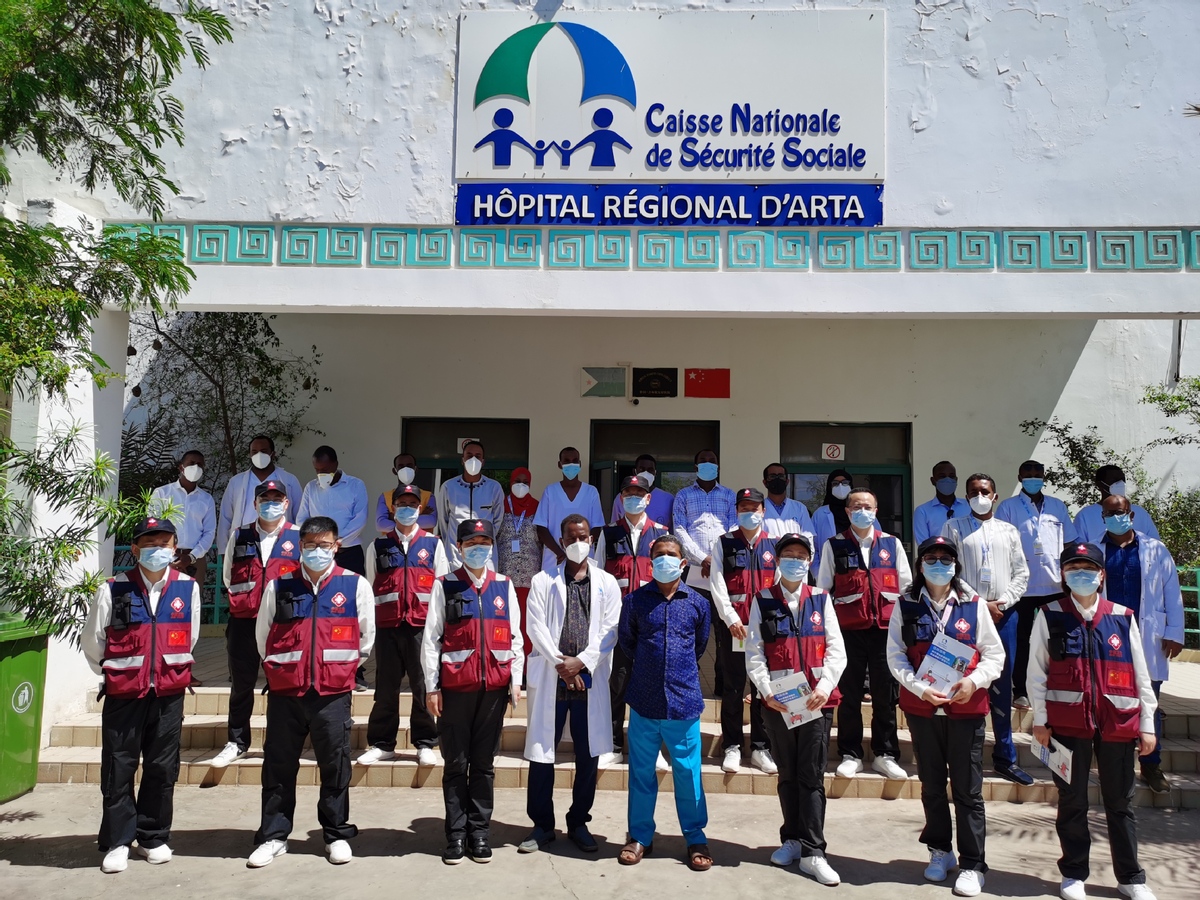 A Chinese medical team share experience with Djiboutian medical experts in Djibouti on May 4, 2020. [Photo/Xinhua]

ADDIS ABABA - The Chinese medical experts who were on a special mission to help Djiboutian people fight COVID-19 left the country on Monday after winning honors for their work.

On behalf of the Djiboutian government, Foreign Minister Mahmoud Ali Youssouf and Health Minister Mohamed Warsama Dirieh saw them off at the airport after rewarding those certificates of merit.

The ministers lauded the Chinese experts' constructive proposals and guidelines for the country's fight against the coronavirus, saying both Djiboutian President Ismail Omar Guelleh and Prime Minister Abdoulkader Kamil Mohamed spoke highly of their contributions.

At a ceremony held Sunday in the capital Djibouti, Kamil Mohamed awarded the Independent Day Medals to the Chinese medical team, praising its efforts to fight COVID-19 in this Horn of Africa country.

He spoke highly of the work and professionalism of the experts, noting that they have visited different medical facilities, held consultations with local colleagues, and offered professional and practical suggestions.

The Independent Day Medal was established on 27 June, 1978, when Djibouti became independent. It was generally awarded to less than three people at a time.

At Sunday's ceremony, Chinese Ambassador to Djibouti Zhuo Ruisheng said that the medals bestowed upon Chinese experts were not only an honor for the medical team, but also a token of the friendship between the two peoples.

The Chinese medical team, composed of 12 experts specializing in respiratory and infectious disease control, intensive care, traditional Chinese medicine, and others, arrived in Djibouti on April 30 after spending about two weeks in Ethiopia, working with Ethiopian colleagues to prevent and control the spread of the novel coronavirus.

Djibouti reported its first COVID-19 case on March 18. As to Monday, the country reported a total of 1,227 confirmed cases, with three deaths.