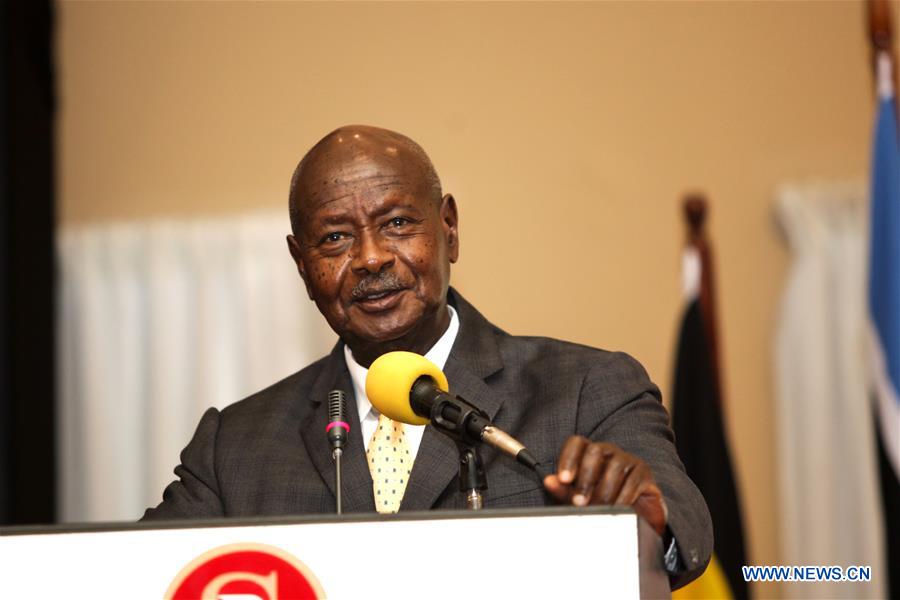 KAMPALA, Nov. 28 (Xinhua) -- Government representatives, experts and private sector delegates from Africa and China on Thursday kicked off a two-day meeting aimed at sharing experiences and best practices in alleviating poverty in Africa.

Themed "Partnership for Transformation in Africa," the 2019 Africa-China Poverty Reduction and Development Conference is held under the auspices of the Forum on China-Africa Cooperation (FOCAC).

Ugandan President Yoweri Museveni, who opened the annual meeting, said that it is important for each family to participate in the production of goods and services if poverty is to be alleviated.

He highlighted four key areas that need to be addressed if millions of people on the continent are to be pulled out of poverty.

Museveni said there must be commercial agriculture where farmers can earn from selling their produce and in turn the money is used to meet their other needs, such as health care.

The president added there must be industrialization, especially in the agriculture sector where value is added on the produce. He noted that most of the agricultural produce in Africa is exported in raw form, meaning that the countries lose out in terms of jobs and money in the value chain.

Other sectors critical to poverty alleviation include the service and the information and communication technology sectors.

Bience Gawanas, UN undersecretary-general and special adviser on Africa, said the UN is ready to support China-Africa cooperation and its aim to reduce poverty on the continent.

"Let us use this time together in Kampala for robust sharing of knowledge and experiences that will help realize the Africa we want and leave no one behind," Gawanas said.

She noted that Africa can pick lessons from China's poverty alleviation drive, which, according to the World Bank, has pulled more than 850 million Chinese out of poverty in recent decades.

Chen said political commitment and strategic planning for poverty alleviation have been critical in fighting poverty in China.

Didiza said that most times, finance ministers tend to prioritize industrialization based on the sector's contribution to the gross domestic product.

She said that agriculture is central in Africa's economy, noting that a larger part of the continent's population derives its livelihood from the sector.

She noted that the prolonged dry spells and flooding that part of Africa faces are a clear manifestation that climate change is a reality on the continent.

The meeting is attended by more than 150 delegates from China, Africa and international organizations. Now in its 10th year, the meeting started in 2010.

According to the Ugandan government, the goal of the conference is to build a new international partnership and promote poverty reduction and development in African countries through knowledge sharing.

This year's program will include activities such as a high-level policy dialogue, a regional dialogue on international partnership and exchanges of best practices in global poverty reduction.