With a vast and open computer-related market, China is attracting more and more overseas companies to seek potential business opportunities.

CHANGSHA, Sept. 11 (Xinhua) -- Li Jingru, a student from Yali Middle School in Changsha, capital of central China's Hunan Province, and her classmates learnt Chinese characters as their teacher Zhou Kun, hundreds of kilometers away in southeastern China, interacted with them in real-time on a holographic platform.

The sci-fi-like teaching scene was displayed at the 2019 World Computer Congress held in Changsha from Monday to Wednesday. At the event, computer experts and companies from China and abroad showcased the latest achievements and looked into the industry prospects, with focus on topics such as computational ecology, internet security and AI algorithms. 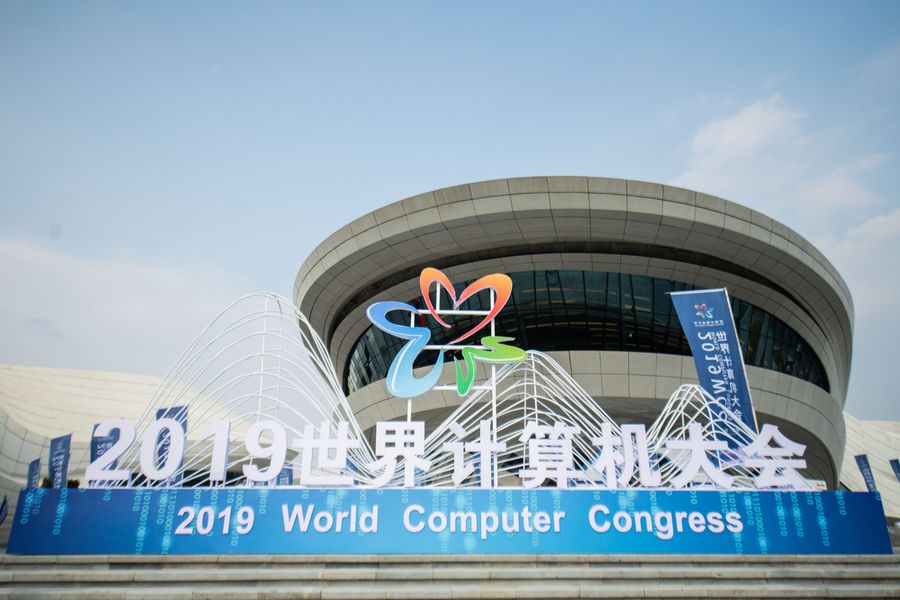 Supported by the steady holographic signals transmitted by 5G technology, Zhou's 3D image discussed with the students about the characters and new communication methods while showing them pictures and animations of oracle bone inscriptions.

"It's the first time I've experienced this type of cutting-edge 5G class," Li Jingru said. "Because of the new technology, an ordinary lesson has become extraordinary."

The innovation of 5G and other new generation of information technology based on the development of computing technology are going to change every aspect of human life, Zhang Pingwen, academician of the Chinese Academy of Sciences, said at the conference.

Schools in China's rural areas still lag behind urban ones due to the shortage of experienced teachers and advanced teaching equipment. "I hope the 5G holographic teaching device can help solve the problem in less developed areas," Li said.

Compared with the present online courses, this intelligent education solution can create a more realistic classroom and help improve teaching results, said Hua Ye, a staff member with China Unicom, a Chinese communication operating giant which provides the 5G education system. "We have received many orders from overseas customers," he added.

A BOOMING INDUSTRY IN CHINA

As developing computing technology is applied in more and more scenarios, China is moving into a new era of market boom and technological advances.

As the world's largest computer manufacturing base, China's revenue from major related business reached 1.95 trillion yuan (274.6 billion U.S. dollars) in 2018, up 8.7 percent year on year, said Qiao Yueshan, an official with the Ministry of Industry and Information Technology (MIIT), at a press conference during the 2019 World Computer Congress.

Emerging markets like China will take an increasing share of the industrial structure in the next three years, according to the 2018-2019 blue paper on the development of China's electronic information industry, recently published by China Center for Information Industry Development, an institute with the MIIT. 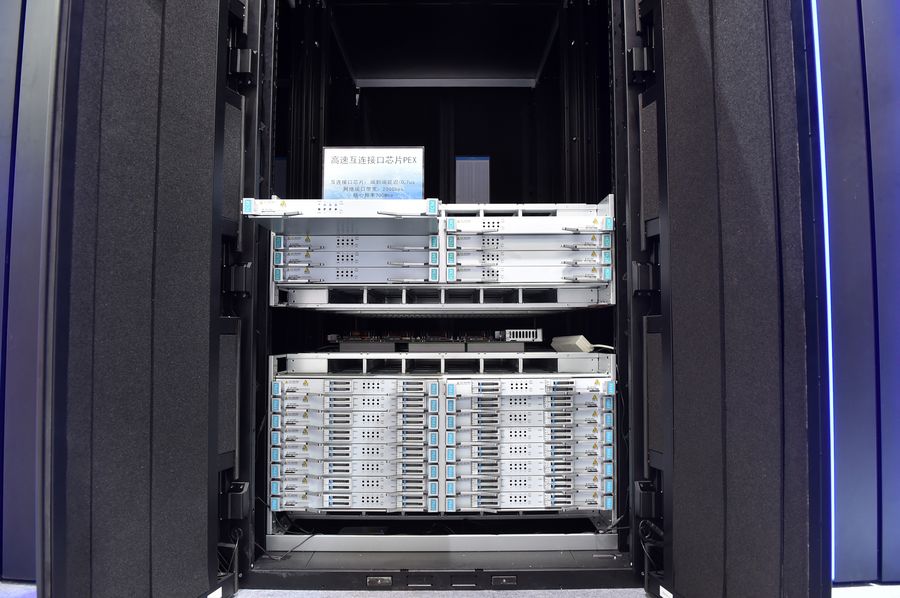 The blue paper also pointed out that China is stepping up the development of E-class supercomputers. From Tianhe series to Sunway TaihuLight, China's high-performance computers has reached 206, ranking the first in the world.

"We are developing the Tianhe E-Class computer, or an exascale supercomputer, which will be able to perform billions of calculations per second," said Li Qiong, a researcher with the National University of Defense Technology, where China's first supercomputer was born.

Originally designed for supercomputers, the FT CPU and Kylin operating systems, with completely independent intellectual property rights, were also on display at the conference. Based on FT and Kylin, their producer China Electronics Corporation (CEC) has integrated the PC system with mobile devices.

"As the global information technology forges ahead, the computer industry should be completely adapted to the mobile ecosystem," said Rui Xiaowu, chairman of CEC Group.

CEC will cooperate with IBM and other companies in the application level. "We want to work with our global partners to offer better user experience and applications," Rui added.

A BIGGER CAKE FOR ALL

Cooperation between China and other countries has been carried out in various aspects of the computer industry. 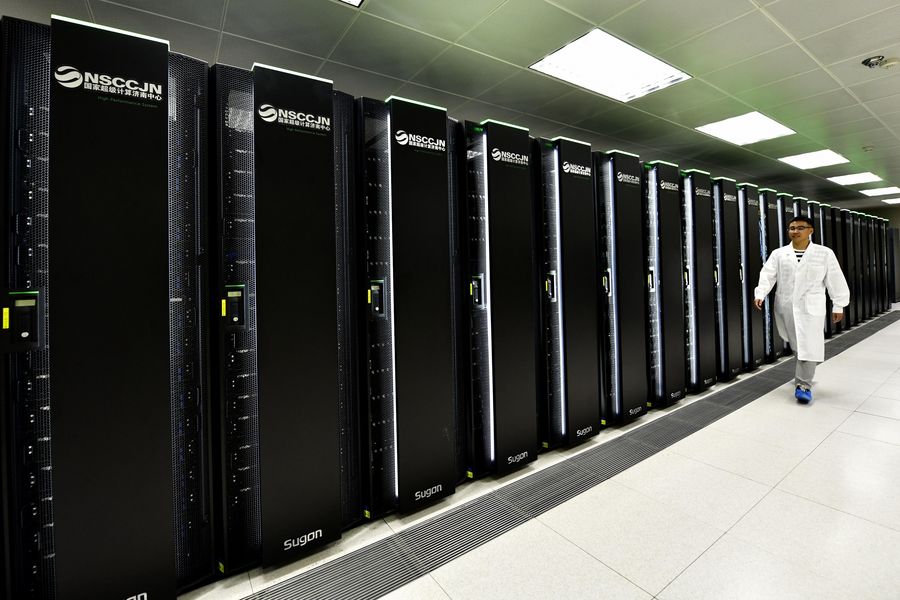 China has built six National Supercomputing Centers (NSCC) since 2009, serving as a new driver for the country's innovation. The NSCC in Guangzhou recently signed a cooperation agreement with the High-Performance Computing Center Stuttgart (HLRS) of the University of Stuttgart, Germany.

The two institutions will cooperate in areas such as intelligent manufacturing, high-performance computing, integration of big data and artificial intelligence, data visualization, personnel exchange and training.

Michael Resch, director of the HLRS, hoped the collaboration with the NSCC Guangzhou Center will help them follow closely the development of the supercomputing technology in the world.

With a vast and open computer-related market, China is attracting more and more overseas companies to seek potential business opportunities.

Dell's services have covered more than 80 percent of Chinese internet users after 20 years of operation in the country. Intel has started cooperation with the Beijing Organising Committee for the 2022 Olympic and Paralympic Winter Games to offer service for fast transmission of high-definition signals of game events. Ericsson has made a lot of explorations on 5G technology and applications, including drones and self-driving vehicles, in China.

Hou Jinlong, senior vice president of Huawei, pointed out that compared with the major developed countries, China's IT industry still accounts for a relatively low share in GDP, so there is still a huge space for growth in the future. "It will be a driving force for digital economy."

To further open up its market, China is striving to build a more flexible and inclusive industrial environment, with enhanced protection of intellectual property rights, and has been active in promoting the establishment of a global computer industry community, Liu Lihua, former deputy head of the Ministry of Industry and Information Technology, said at the conference.