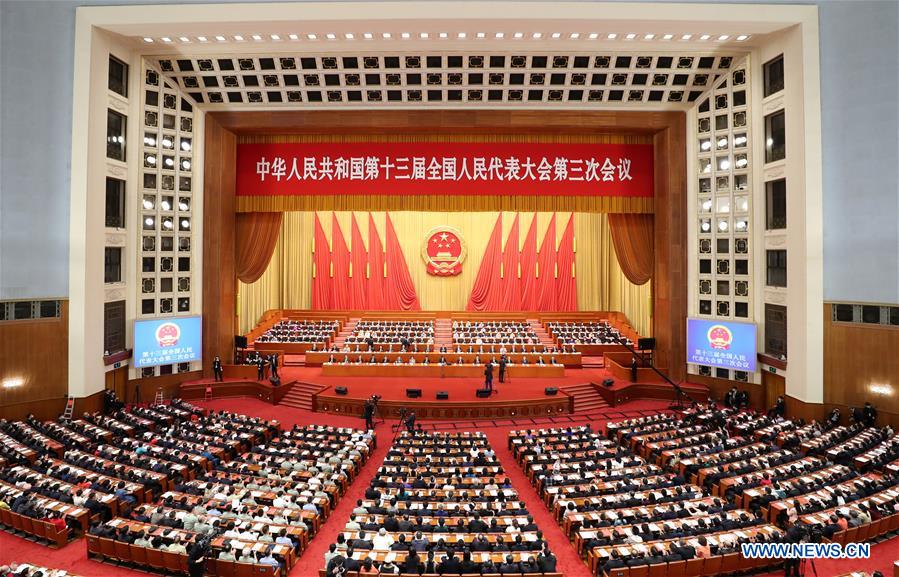 The closing meeting of the third session of the 13th National People's Congress (NPC) is held at the Great Hall of the People in Beijing, capital of China, May 28, 2020. (Xinhua/Wang Ye)

Xi Jinping and other Chinese leaders attended the meeting at the Great Hall of the People in Beijing.

Li Zhanshu, chairman of the NPC Standing Committee, delivered a speech at the closing meeting.

Lawmakers adopted the Civil Code and a decision to make national security laws for the Hong Kong Special Administrative Region.

They also passed resolutions on the national economic and social development plans, as well as on the central and local budgets. Enditem