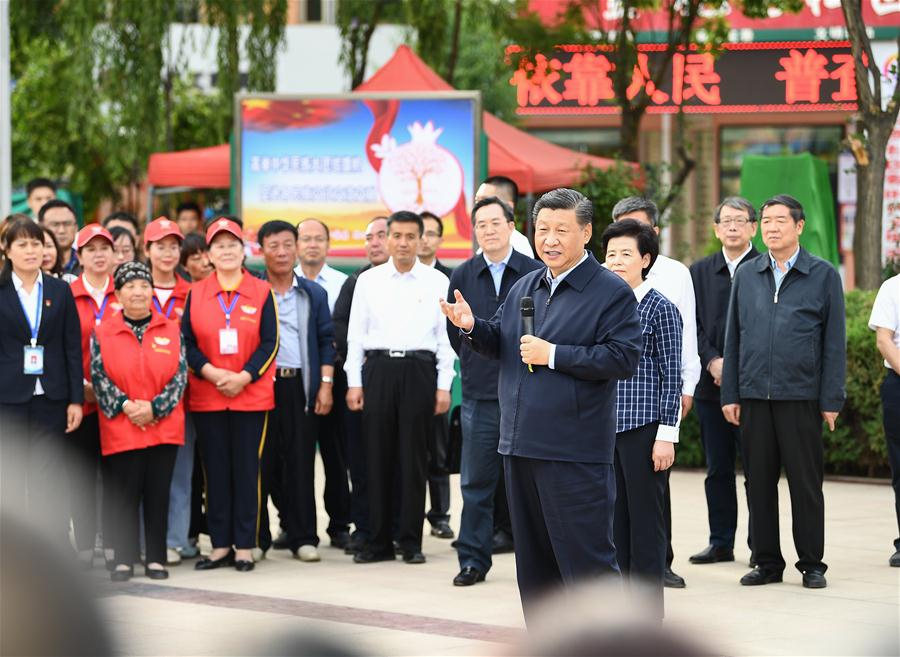 The village of Hongde, which Xi visited, has a population of 7,013. It shook off poverty in 2019 through the development of farming and husbandry while providing training to locals to help them secure skilled jobs outside the village. A cardboard packaging workshop was also set up in the village to offer stable local jobs.

Monday marked the fourth time Xi visited the Yellow River in less than a year. The 5,464-kilometer-long river is considered the cradle of the Chinese nation.

The Jinhuayuan community Xi visited is a national model community of ethnic unity. About 45 percent of its 13,850 residents are ethnic minorities. Enditem